Curtis always spins magic with his lyrics and phrasing.  “The Longer I Live the Older I Want to Get” speaks volumes.  Curtis doesn’t want to leave the stage and nobody wants him to.  We need Curtis and his smooth healing blues for as long as possible.  “The Longer I Live” video

“Always Say I Love You” speaks of losing friends, something many of us have experienced lately, and how to treat them when they are still around.

“Truth Be Told” is a snappy, Cajun flavored tune with Wayne Toups on squeezebox to make it authentic.

The title track “Damage Control” should be up for some kind of award for Curtis’s smooth lyrics and timely message, aided very artfully by Mike Finnigan and Jim Pugh on keyboards and Dave Gross and Johnny Lee Schell on guitars. Nice work.

“Precious Time” and “Slow Down” both deal with recognizing that time is our most valuable commodity. Enjoy it, celebrate it, listen to some blues.

“The Fix is In” features some great harmonica from Curtis as he comments on trust and honesty, frequently absent – ‘same old Okey Doke’.

Age and wisdom can change habits.  “I Don’t Do That No More” pokes fun at what we used to get away with in our youth.

Some of the other artists that contributed to this fine work need to be mentioned.  Depending on location, Kid Anderson, Alan Hager, and George Marinelli on guitar.  On drums the duty was shared by Kevin Hayes, Jack Bruno and California’s favorite drummer Tony Braunagel.  On bass – Jerry Jemmet, Dave Gross, and Tommy McDonald.  Background vocals by J.T. Lauritsen and Wendy Moten.

The album leaves a positive feeling that Curtis doesn’t want to quit performing ever, and his fans are thrilled about that.   -Lafayette Reid 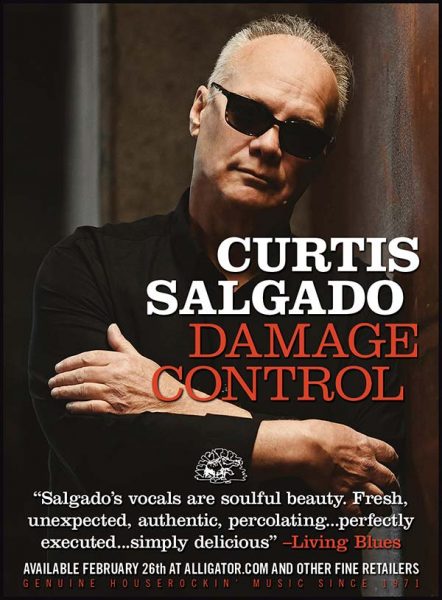