Pennsylvania bluesman Tom Craig returned to Florida for a series of shows, one of which was his debut with his band at the iconic Art’s Garage in Delray Beach.

For this show Tom brought from Pennsylvania Drummer Jay and included Suncoast Blues Society members “Detroit” Mike Hepner on keyboards and Bill Hubbard on bass. The day got off to an interesting start as during sound check Mike noticed the grand piano on stage and asked for the piano to be wired for sound. This surprise was a sign of fun things to come during this performance. 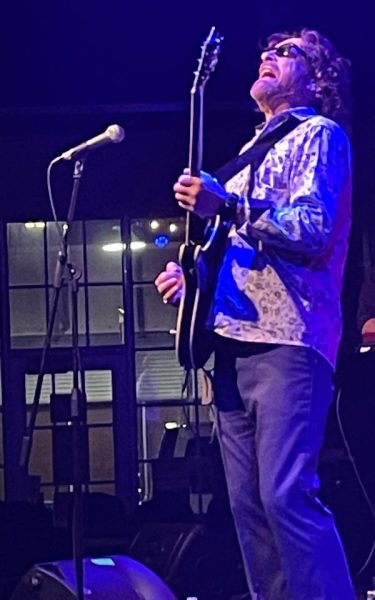 With one exception, Tom’s show on this evening contained all original material. After beginning the show with “Working Too Hard” the band continued with the next song from Good Man Gone Bad,  “What a Man’s Gotta Do.” This song was notable for Mike’s outstanding solo on the grand piano.

Switching to Tom’s first recording (with Soul Patch) Get Ready for Me, “She Did it To Me” Tom provided back story for this song and the storytelling continued throughout the evening as the crowd embraced this part of the show. Fresh off The Legendary Blues Cruise, Kat Riggins entered the venue and that put an additional spark into Tom’s already on point performance.

On this night Tom’s vocals during the ballad “Ballroom Dancer” were among the best that I’ve heard. Already a soulful singer and songwriter, Tom seemed to have provided an extra bit of emotion into the performance of this song. It carried his vocals to a higher level and gave this reviewer a deeper appreciation for the song.

“Soul In My Blues” got the crowd up dancing, and additional crowd favorites included “Can’t Help Myself,” a deeply bluesy and quite pleasing version of “Nothing That a Man Can’t Do,” and wonderfully told back stories for “Louita” and “Headhunter.” 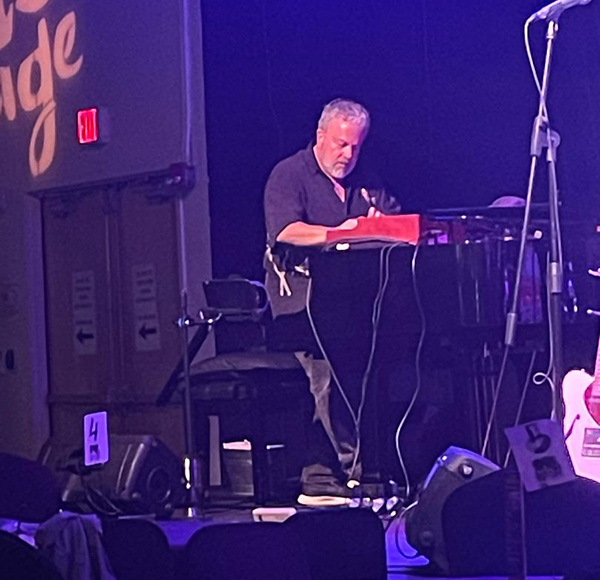 On this evening, the title track “Good Man Gone Bad” was exceptional. The inclusion of Mike Hepner’s playing on the grand piano gave this song a unique quality – one that I hope to hear again. This song and that instrument are meant for each other.

Deep into what became a single set performance, Tom introduced to the stage Keesha Pratt, and the band launched into a trio of songs, including a mash-up of Tracy Chapman’s “Give Me One Reason” and “The Thrill Is Gone.” Keesha departed the stage after the audience participated in a smart version of “Stand by Me.” 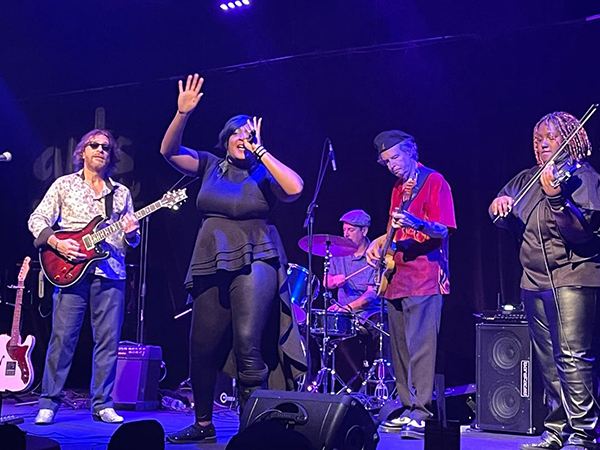 Tom concluded this fantastic night of crowd-pleasing music with “Treat Your Daddy Nice,” “It’s All My Fault” – notable for the marvelous samba beat laid down by Jay  –  and the band left the stage to a standing ovation after “When You Love a Bluesman.”

This was a different performance than when Tom last toured Florida. Many of the songs were the same but Tom changed beats, tones, and emphasis and that put a different spin on favorites. Tom continues to evolve as a musician and that produced to a nice evening and fun times at Art’s Garage.

(Tom Craig Band will be appearing at Cottonmouth Southern Soul Kitchen on Friday, February 11, 2022. Reservations can be made at https://cottonmouthsoul.com/reservations/)