Lou Phoenix put together a special evening of music at Port Charlotte’s Event Center. Mike Zito, Alex Lopez, Albert Castiglia, and Johnny Jensen were the featured talent at what proved to be a memorable event. A show that attendees continued to discuss on social media days after the event.

Alex Lopez and The Xpress opened the show and set the tone for the evening with a high energy set. Alex with the XPress (Kenny Hoye on keyboards, Kana Leimbach on drums, and Steve Roberts on bass) featured tracks from the new release “Rising Up”. Young gun Johnny Jensen, himself “rising up” in notoriety, joined the band on stage. 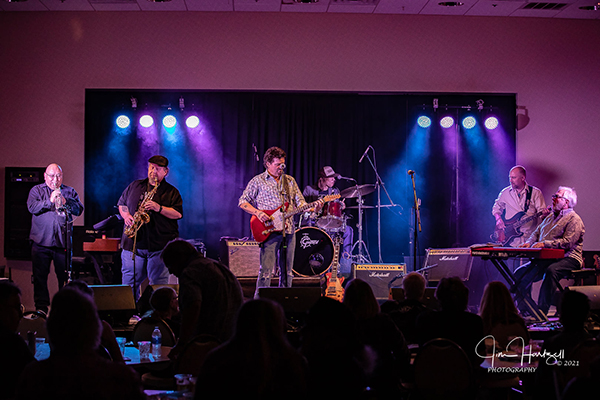 Mike Zito’s Big Band (Matthew Johnson on drums, Doug Byrkit bass, Lewis Stephens on keyboards, Fernando Castillo on trumpet, and Eric Demmer on sax) brought a different sound and style to the stage for Mike. And a most enjoyable sound it is. Mike wears the role of a “big” band leader well.

The band was tight and performed many of the favorites that Mike brings to the stage in his shows. The set began with a song from the forthcoming release Resurrection called “I’ll Make Love To You”, which featured an extended solo from ex-Clarence “Gatemouth” Brown sax player Eric Demmer. The band quickly moved to “Don’t Let the World Get You Down” from Quarantine Blues.

After the award winning “Pearl River”, “I Never Knew a Hurricane”, and a few more from the new release – highlighted by “Don’t Bring me Down” – the band cranked out “Judgement Day” – a version so intense that Matt Johnson’s cymbal fell off the drum riser. And the intensity was just beginning!

Albert Castiglia joined the fun and Mike passed the lead over to Albert who rocked out with “Let The Big Dog Eat”. Mike reclaimed the lead as the band broke into a unique version of “Hey Joe”, which featured a tight solo by Lewis Stevens. Albert introduced Lewis as being a former member of Freddie King’s band and the band played for many what was the highlight of the night: an extended jam of Freddie’s “Boogie Funk” – where Albert torched the stage with his solo. After a keyboard solo by Lewis, Mike jumped in with a solo of his own, and the heat continued until the conclusion of this almost 9-minute version. Wow!

Slowing it down. Mike brought “Gone To Texas” into the set. Always a poignant song, the timing was just right after the intensity of “Boogie Funk”, as it let the crowd recharge before the final jam was to start. 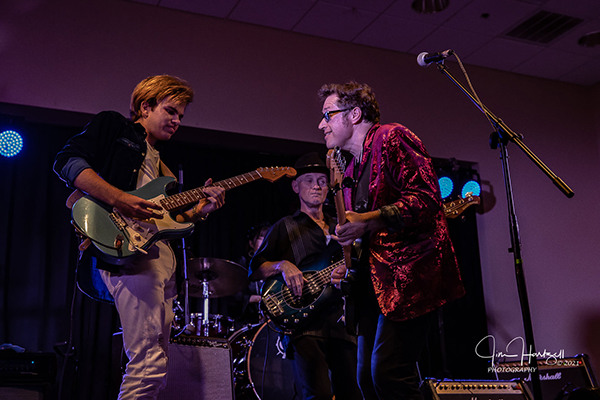 Calling Alex Lopez and Johnny Jensen to the stage, Mike gave up the guitar and led the band through “Dying Day” This version featured solos by Johnny Jensen and Fernando Castillo, whose trumpet solo took the mind directly to New Orleans. Alex Lopez and Lewis added the final solos to this rollicking version that had the crowd up and moving. 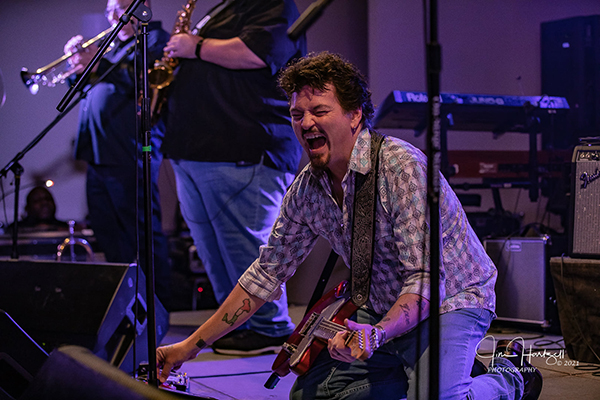 Following up with “Wee Wee Hours of the Morning”, this version on this night had special meaning to many in attendance. Mike sang to Renee Bennett, well known to many as the owner of the late-great Bradenton club “Aces”.  Albert joined in honoring Renee with a solo from his knees aimed directly at Renee who was sitting in the front row. Johnny added a marvelous solo while Albert left the stage and Frank Bang took his place. 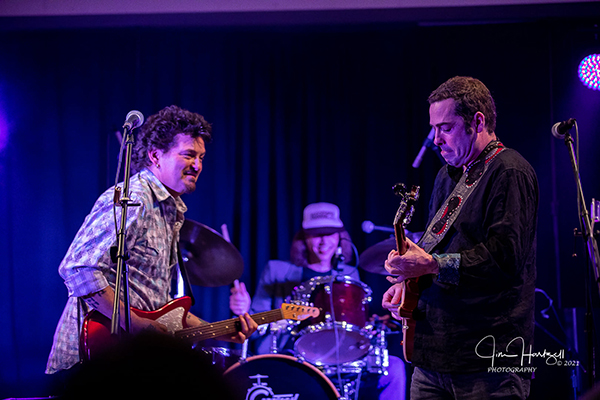 The collected ensemble concluded the show with “Johnny B Goode”. After 3:30 minutes of music the band and the crowd left with smiles on their faces. What a night of music in Port Charlotte!

Thanks to Jim Hartzell for documenting the event with his wonderful photos.