No More Worlds to Conquer

As he draws nearer to the age of eighty, guitarist Robin Trower just gains more momentum with consistent studio releases. Remaining sidelined from live performances in the last couple of years due to the pandemic, Robin just uses the downtime to go into the Provogue studio to record the endless number of compositions he keeps writing.

The man responsible for the classic rock 1974 opus Bridge Of Sighs has a special place in the hearts of those of us as teen-agers who had blacklight posters wearing headphones letting songs like “Day Of The Eagle” and “Bridge Of Sighs” transport us to that special place that was an adolescent comfort zone.

Other reviewers have coined the phrase “psychedelic blues” in describing Trower’s music. It’s an old cliche but it best describes Trower’s approach to his Hendrix infused pedal/reverb guitar lines that deeply resonate with soul he imbibes

Letting vocalist Richard Watts sing the tunes that fulfill his vision, the Strat tones shimmer and ride the groove immediately from the onset. The medium paced “Ball Of Fire” opens the party and can become a live staple in Trower’s live sets. The title track can do the same thing with Robin coaxing his reverb drenched notes awash in an elixir he can create. 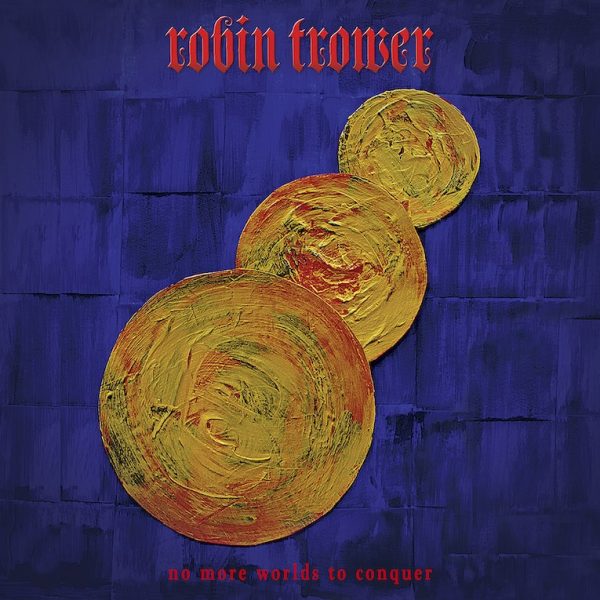 It’s a long way from the seventies in which he reigned strongly in the concert arenas. Since then, Trower has become comfortable in his role as elder statesman of the blues. Never one for speedy deliveries or a thousand note attacks doesn’t hinder him from transmitting emotion that is strong in his single note attacks. It’s the stuff guitar geeks can soak up when they purchase their Fender guitars and Marshall amps. Add a pedal board to the mix and you have the tools of trade.

While his tunes don’t headbang with the fire and fury of his classic rock yesteryear, Robin lays down his psychedelic blues smoke in the hazy “Birdsong.” The tempo picks up with Robin’s lyrical lines in “Losing You” that segues into the same paced “Waiting For The Rain To Fall.”

These tunes follow the same blueprint. Slow approaches undercut by Robin’s ethereal spacy notes that serve the purpose of creating atmosphere. Not disrupting it.

“Cloud Across The Sun” can be a great addition to Trower’s live sets as it gallops with rocking urgency that recalls a younger Robin in his heyday. Then it’s back to the slow crawl of “Fire To Ashes” with Robin’s ghostly guitar riding the bedrock of rhythm fleshed out by soulful keyboards.

“Razors Edge” with its lyrics pointing fingers at the politicians taking the world in a downward trajectory is the package of blues rock histrionics that could have found a home on Trower’s earlier work. Blues awash in psychedelia that only Robin can play.

The Hendrix influence is strong within the love song “I Will Always Be Your Shelter” that can lull couples into a warm embrace with Trower’s airy guitar painting broad strokes across the canvass.

If one wants to think of Robin as blues of the twenty first century, then it’s an honorable designation to live with.