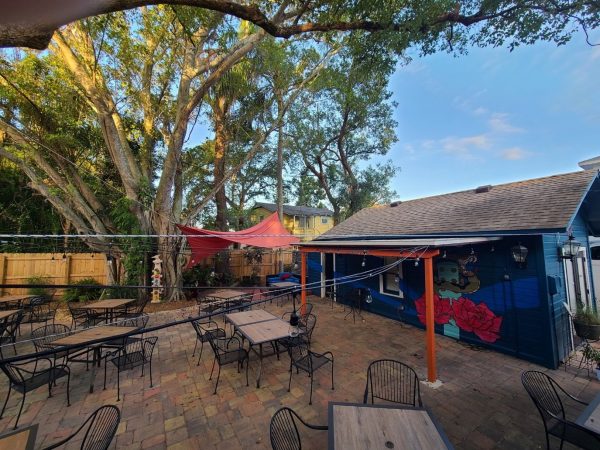 Two SBS board members had the pleasure of attending the “Grand Opening” of Dave Shiplets’ new southern cuisine restaurant Cottonmouth Southern Soul Kitchen, located in the Village of the Arts in Bradenton.

For entertainment in the backyard listening room was none other than Biscuit Miller. Biscuit sounded terrific and was full of 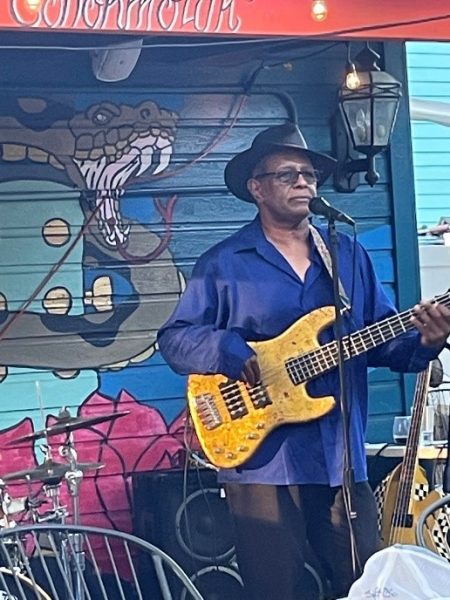 Biscuit energy clowning and dancing all night long. He was backed for the evening by members of Lauren Mitchell’s band—“Professor” Michael Hensley on B-3, Vincent Sims on lead guitar, and drummer James Varnado.

Bradenton’s new mayor the honorable Gene Brown was in attendance and heard Lauren Mitchell sing a few tunes with Biscuit.  It’s always good to have a mayor that’s a blues fan. Biscuit really got the sold-out crowd engaged and even had some ladies up on the stage to dance with him. Great fun

If you haven’t been to this new venue you need to check out the schedule and make plans to visit. Thanks to Dave Shiplet for what he has created, lets support his efforts. Thanks also to Annie Russini for having the vision of the Village of the Arts many years ago. Blues music was always a part of it.