For many, this will be the soundtrack of your blues life. Bruce Iglauer founded Alligator Records 50 years ago in Chicago. And has crafted a 58-song 4-hour retrospective of some of the best blues produced during the past half century.

Much has changed in these 50 years. And perhaps most of all is the distribution of music. Many, including this author will recall ordering early Alligator LPs via the mail. At that time there was no distribution into long gone record “emporiums” such as Sam Goody or Tower Records. Now, we’ve become accustom to taking music distribution digitally. Good for the listener, but maybe not so much for the recording companies and certainly not for the artist. For this one you may want to buy a “hard copy”. Alligator Records 50 Years of Genuine Houserockin Music contains not only great music but the liner notes written by Bruce are priceless. I learned so much, or recalled much forgotten, by reading Bruce’s heartfelt remembrances of his 50 years in providing joy to the blues music community.

Now, onto the music, all remastered for this release. Fittingly, the “50 Years” collection begins with a pair of “Taylors” – Hound Dog Taylor and Koko Taylor. Hound Dog and, what else, “The House Rockers” kick of the party with “Give Me Back My Wig”, and Koko chimes in with “I’m a Woman”.  Professor Longhair takes us to New Orleans with “It’s My Fault Darling”, and the Lone Star State rocks it out with Johnny Winter’s rollicking “Lights Out”. The music slows down with “The Ice man” Albert Collins and “Blue Monday Hangover”. 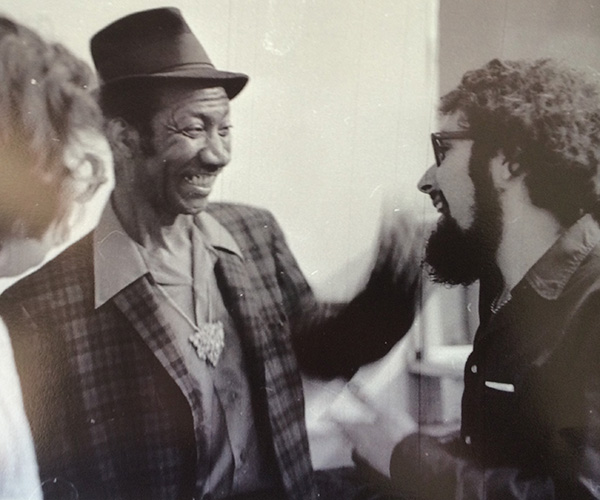 James Cotton and “Little Car Blues” features James’s singing, and returned my mind to his collaborations with Johnny Winter and Muddy Waters. Albert Collins returns in combination with Johnny Copeland and Robert Cray with the wonderful song “The Dream”, originally found on their masterful recording “The Showdown”. Speaking of Muddy, Clarence “Gatemouth” Brown contributes a version of “Mojo” that is, well, uniquely Gatemouth. Most enjoyable.

Following Gatemouth was my first memory jogger. It was so good to once again hear Saffire – The Uppity Blues Women, and their whimsical “Sloppy Drunk. Disk 1 concludes with another “blast from the past” with The Paladins bringing their blues rockabilly on “Keep on Lovin’ Me Baby”. Kept hitting replay on this one, “woh yea!”.

Suncoast Blues Society returns next week with a review of Part 2, the second disk of this recording.