Performing under a full moon on a comfortable evening, Johnny performed solo in the courtyard at Cottonmouth. As much a storyteller as musician, Johnny treated a sold-out crowd to songs from his vast collection of tunes, many that impart Johnny’s unique perspective on life’s twists and turns.

The show started with Johnny’s version of Ted Hawkins’ “Sweet Baby” from the recording Crescent City Moon, and Johnny continued with guitar and harmonica as he performed “You Got Me” from Poor Man’s Paradise.

Given the pirate heritage here in Tampa Bay it’s appropriate that Johnny performed the “Sinking Ship”, a song that provides the truthful wisdom that “you don’t have to walk the plank on a sinking ship”. 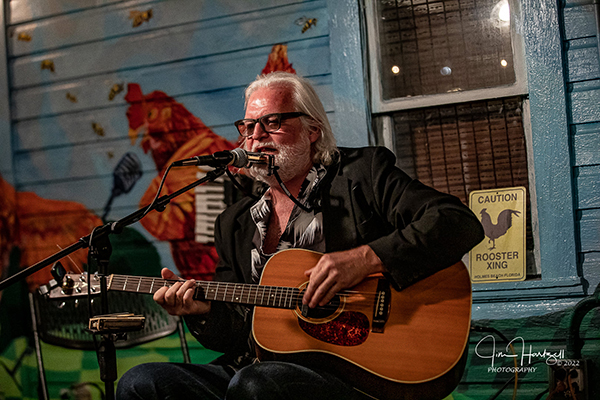 Johnny’s legendary storytelling was prominent in the preamble to “The Night the Factory Burnt Down.’  The song contains thoughtful writing where the misfortune of a fire at a famous New Orleans pie factory coincides with fire being extinguished in a relationship. This song weaves together comments about the pie factory fire and the relationship and contains the marvelous line “all good intentions have been put to rest.”  A wonderful song and on this evening performed in the most enjoyable fashion.

The recording Watermelon Patch contributed “Civilized City” to this show. The song is typical of the way Johnny can craft cynical lyrics about society into a solid blues song.

Johnny brought out the accordion to perform his song “Poor Man’s Paradise,” from the Anders Osborne produced recording of the same name. This song speaks about some of the post hurricane Katrina challenges experienced by the citizens of New Orleans.

Sticking with the accordion Johnny spoke about his days with the Voice of the Wetlands Allstars (VOTWA) and presented a wonderfully funny story of how Johnny woke up an asleep Dr. John. As Johnny tells: “we thought Mac’s mike was not working but there was no sound because he was asleep.” Then “Jumpin’ Johnny” performed “Crescent City Moon” from the recording of the same name, and shortly thereafter wrapped up the first set. 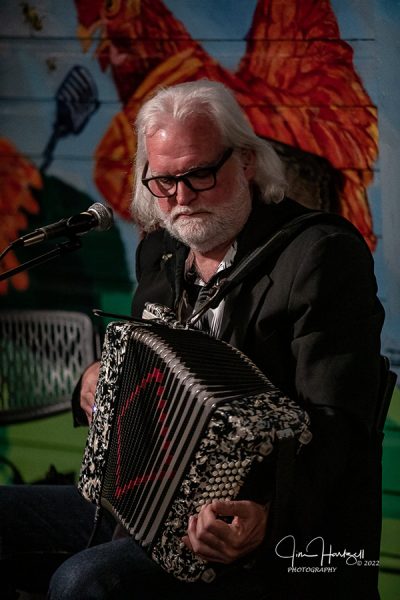 Playing songs from Poor Man’s Paradise, Johnny started the second set with “Happiness, Love & Lies” and “44”. The storytelling became more pronounced in this set as Johnny first described his life touring the world as, in his words, “an international blues hobo.

And then told a funny story on how his song “Johnny Sandsong” came about from a misunderstanding over his name and how Sansone turned into Sadsong. Wonderfully creative.

“You Know Who” was followed by a highlight of the night for me, the lovely ballad “The Bridge” from Watermelon Patch. Many of Johnny’s songs bring back memories and images of times spent in New Orleans. This song does that well.

Johnny performed the equally lovely “In My Dream” from Once it Gets Started.

Winding up the show, Johnny presented a story about fellow VOTWA performer Big Chief Monk Boudreaux and the time someone tried to buy Monk’s house and land. And the cultural destruction that can happen in the name of “progress.” Johnny then concluded the set with “Lady on The Levee” and thanked the audience who responded with a standing ovation. 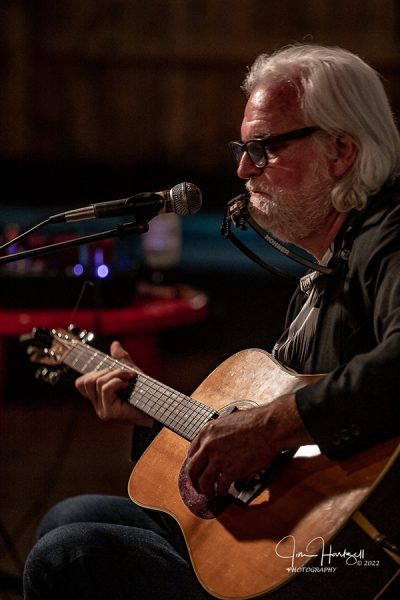 Appreciating the response, Johnny returned to the stage for an encore. Setting aside guitar and accordion, Johnny brought out a chromatic harmonica and sang “The Lord is Waiting, and the Devil is Too.” The audience joined in with clapping and singing to the song that won Johnny the 2012 Blues Music Award for Song of The Year. A wonderful way to complete a memorable night of music at David Shiplett’s Cottonmouth southern soul Kitchen.