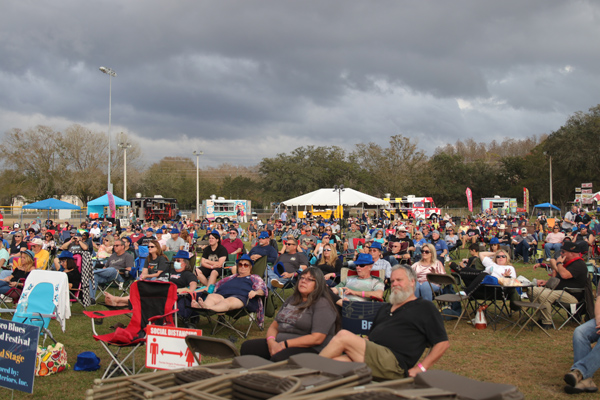 On a cloudy February 6th the 5th Annual Pasco County Blues Fest was welcomed by a good-sized crowd that was clearly starved to hear their blues music. Kevin and his team at Penguin Productions did a great job pulling it off – a beautiful day spent with friends and live music! 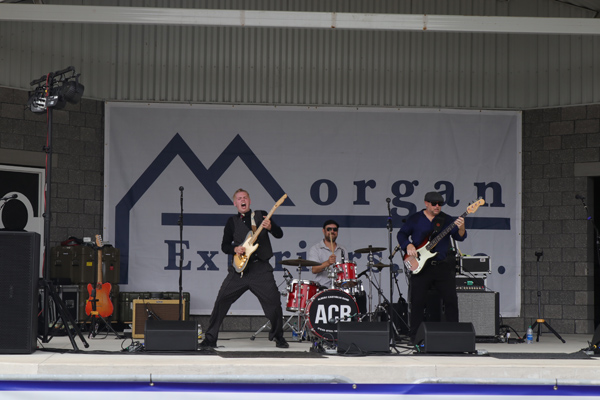 The day started with a blistering set of music by new-to-the-area Memphis Lightning. This trio brings it to the stage! The band is led by showman, “Lightnin’” Thiboutot, who is also superbly talented with guitar. And it showed, clearly, why no one less than Jimmy Vaughn called him “one of the greatest players around today”. High and well-earned praise indeed.

Backed by “Big Red” Thiboutot on bass, and Ephraim Lowell (Roomful of Blues, Albert Castiglia, and Johnny Winter) on drums, the band played tracks from their 2017 release Trouble and the new release Borrowed Time. Featured during the performance were “Great Day” from the 2017 release, and the title track for the current recording. “Borrowed Time” is a song about when “Lightnin’” was diagnosed with cancer, a subject that along with the recovery was weaved into the performance. The band left the stage to a standing ovation from the appreciative crowd. 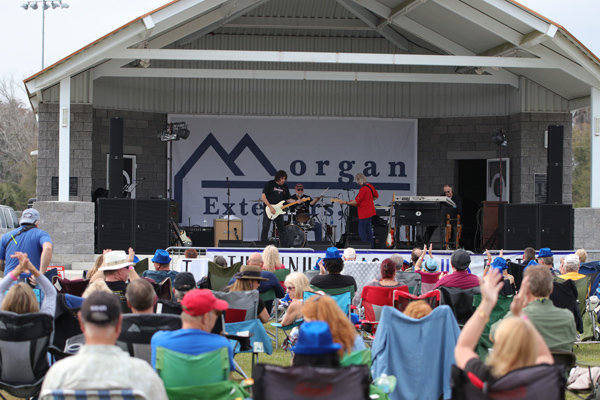 Next up was the always entertaining Sean Chambers Band. No stranger to the fans in attendance, Sean none-the-less delivered a fine set, highlighted by tracks from his release Whiskey and Trouble, along with songs from the recent Welcome to My Blues recording.

A few raindrops fell as Sean started his set, but they were soon gone for good. The set included the “Red Hot Mama” and the always appreciated “Bullfrog Blues”. Sean brought to the stage guest bassist Pat DeSalvo, who previously performed with Savoy Brown and Kim Simmonds. The band mixed in a nice version of Bob Seger’s “Come to Papa” and “You Don’t Love Me”, popularized by The Allman Brothers on the legendary Fillmore East recording. 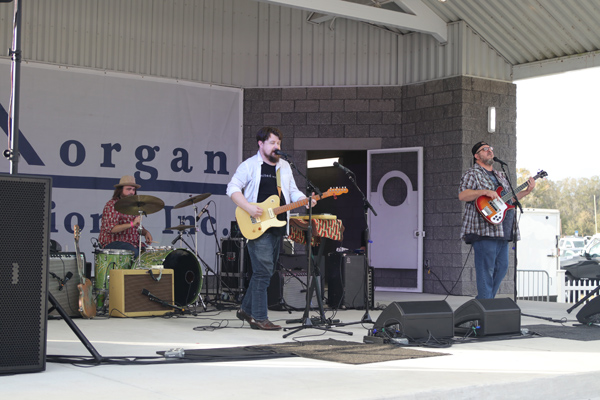 The show’s final act was Damon Fowler Band.  Damon, along with his regular band mates Chuck Riley and Justin Headley never disappoint and this time was no exception. Calling on his wide range of material, Damon played something from just about every part of his large catalog and also included many songs from this forthcoming release Alafia Moon. A good story teller as well as a musician, Damon gave context to a new song that came together while on tour with George Thorogood. Much of Damon’s set was recently reviewed by Suncoast Blues Society at a show in Sarasota, and that review was sent to our Suncoast Blues News subscribers. 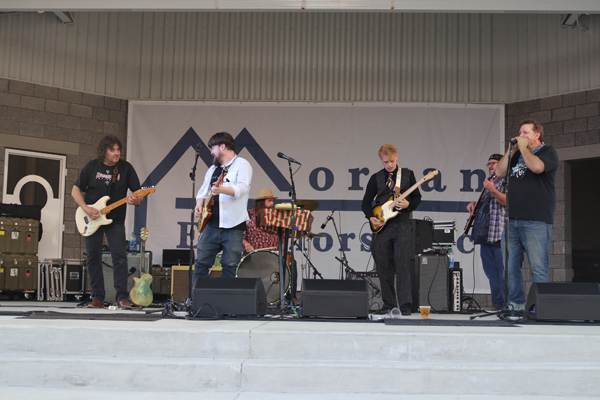 The show ended with a jam that included Damon, Sean, Lightnin’ and surprise guest RB Stone that left the crowd wanting more.

The Pasco fest is not as large as some of the more well-known fests in the area but it was highly enjoyable and easily reachable by most within the Suncoast Blues Society geographic area. This reviewer came up from Manatee County and will be back for the next edition. Put this fest on your watch list for 2022!