As a part of the Blues on the Bayou series, Suncoast Blues Society (SBS) and GoTonight hosted this event. Performed under bright, sunny but a bit chilly skies the show was well attended. The cool, for Florida, weather did not impact the energy on stage nor in the appreciative crowd.

Memphis Lighting played two sets of high energy blues with the same competency that won them First Place in the SBS’s regional International Blues Challenge (IBC), and a sponsorship by your society in the 2022 IBC in the clubs along Beale Street in Memphis. 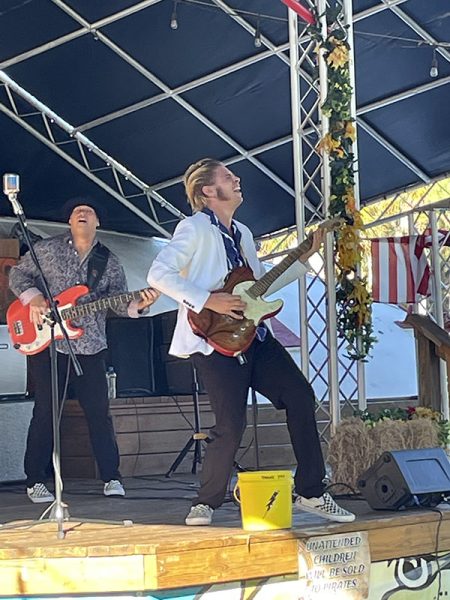 Playing mostly from their recent recording Borrowed Time the band showcased songs such as “Bullet Blues,” “6 String Slinger”, “A Blues for You”, and from their first release Trouble, “67 Cadillac” and “Let It Go”. The band performed the blues standard “Walking Blues” as an audience requested song.

Lightnin’ showed both why Jimmy Vaughan called him “one of the greatest guitar players around today,” and why the stage show is something to see. Always energetic and constantly on the move, Lightnin’ took advantage of the large “Wayne’s World Stage” at Gill Dawg and used every inch of the unique stage built inside of a sailboat turned on its side. 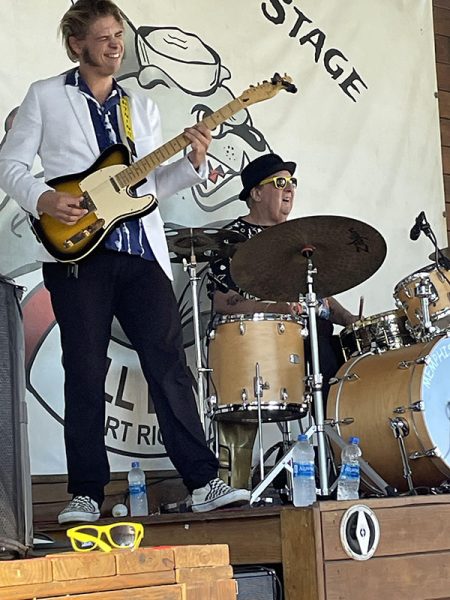 Lightnin’ also demonstrated that he is a musician. This show had Darren playing his guitars (on one he broke two strings at the same time!), on guitar and drums simultaneously, his dad “Big Red’s” bass, and finally a custom built Mainly Cigar Box Guitar. Darren showed us why the cigar box guitar community will shortly recognize him as among one of the best. Sitting on a sub-woofer in front of the stage, Darren performed a “playing on the porch” blues song that had many in the crowd coming over to the Suncoast merch table to purchase raffle tickets for a chance to win one of the custom-built cigar box guitars.

Opening the show were Julie Black and Dave Eichenberger. The duo played a collection of blues, soul, and jazz to the appreciative audience.

Suncoast was proud to host this fundraiser for Memphis Lighting’s trip to Memphis. Thank you to Gill Dawg for providing the venue and GoTonight for partnering with SBS to put on this show, and especially to the fans that came out. Your generosity to Memphis Lightning, both in applause and tips are appreciated by the band and by Suncoast Blues Society. Thank you to the members who renewed or signed up for new SBS memberships. Your membership dollars help SBS put on events such as this.

– Review and photos by Scott Morris