(The following appeared in a recent edition of Suncoast Blues News. If you are not a subscriber and wish to keep up-to-date on blues happenings on the Suncoast, click this link and join the fun!)

Back by popular demand, Jose Ramirez and Anson Funderburgh are on tour and have a few dates in our area.

30 years old, At Jose Ramirez is Costa Rica’s premier Blues artist and has played with some of the biggest names in the Blues industry. These artists include Anson Funderburgh, Mark Hummel, Bryan Lee, Shawn Holt and Albert Castiglia. Jose experienced the American Blues scene for a couple of years and played some of the best Blues clubs in the country including Buddy Guy’s Legends and Rosa’s in Chicago, and The Bradfordville Blues Club in Florida. He also played some of the biggest Blues festivals in the U.S. such as the Washington D.C. Blues Festival and the Bonita Springs Blues Festival in Florida. The Jose Ramirez Band finished second at the 2020 International Blues Challenge. 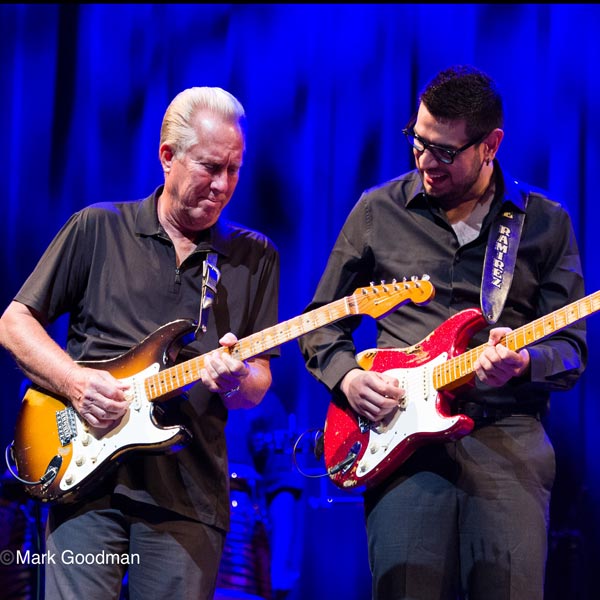 There’s a yin and a yang to Anson Funderburgh. His electric guitar burns with Texas fire that Guitar Player Magazine compared to Otis Rush and Magic Sam. But his guitar can also soothe as the subtle support for Delta blues vocalists who have included Sam Myers, Nick Nixon, and Alabama Mike. Anson has that Austin strut, but his Delta creds are highlighted by being the only artist to have played all 31 of Arkansas’ King Biscuit Blues Festivals.