Harlem is a coming-out party for Solomon, a nod to the legends that came before him in the vibrant musical community that is Harlem, NY, and is full of threads connecting to Harlem.  Solomon’s talent shows well on this recording.

Solomon first came to this reviewer’s attention by performing on Joe Bonamassa’s cruise, when he performed acoustically during a “Blues in the Morning” event. Acoustic is about the only thing that is missing from this musically diverse and most enjoyable recording.

Harlem begins by paying homage to Freddie King in a neat remake of I’d Rather Be Blind. This up-tempo rendition quickly became one of my favorite versions of this classic tale of love gone astray.

Continuing with “The Blues Kings” and covers, the next song on the recording honors B. B. King with Solomon’s version of Everyday I Sing the Blues.  Much like the first track, “Everyday” fades away during a solo that left me wanting more of Solomon’s licks.

Blood, Sweat, & Tears is honored with I Love You More Than You’ll Ever Know. This recording interjects elements of Solomon’s jazz background, both with the guitar work and vocals. Intentional or not, Solomon continues to weave Harlem, NY touchpoints through his choice of songs. Whether it’s having the listener recall BB King’s classic Live at The Apollo recording, or the fact that Harlem native Normal Rockwell  designed a 1968 album cover for BST’s Al Kooper and Mike Bloomfield. The connections to Solomon’s Harlem roots are delightful if sometimes subtle. 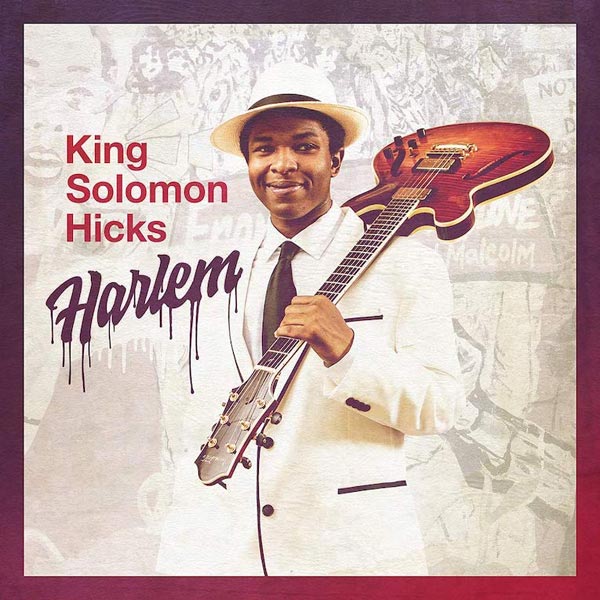 Most welcome, and inventive, is a version the 1970’s hit by Gary Wright Love is Alive.  Solomon brings to this song a fresh bluesy feel.  Treating it as a funk blues instrumental Love is Alive is much different than Gary Wright’s #2 hit on Billboard’s chart. Clearly one of the “keepers’ on this recording, if not my outright favorite.

Marginally connected (physically) to Harlem NY, Solomon’s instrumental Riverside Drive continues the theme of weaving Harlem touchpoints into the recording, and where his guitar playing takes center stage and shines. One can imagine the juxtaposition of the opulence sometimes found on Riverside Drive and a much different world in Harlem, NY.

Have Mercy on Me is a jump-blues gospel feeling song that is much at home on this recording.  It’s Alright is a neat toe tapper with a rock feel. Some of my most memorable guitar licks come from this song.  Solomon shares What the Devil Loves as a link on his website; click on the link and enjoy!

One complaint with the recording is the tendency to fade out of songs, especially with a guitar solo. This is a standard recording technique, and left me wanting more. I can only imagine when performed live extended versions of the songs await the audience.

Well done, young Mr. Hicks. Harlem is leaps beyond previous recordings by Solomon. For this reviewer, Solomon has earned a seat at the table within the “club” of young blues artists that is bringing this musical genre into the future.

Be sure to check out Johnny B Goode, and the extended behind-the-back guitar playing.  While walking through the crowd.