It takes more than just creating and playing great music before you become a well-known blues star. That music has to get to the people before anything really happens. That means they have to hear it on the radio, or go to a local concert hall or club to see it.

The people who recorded and distributed the music on record, and the promoters who arranged the shows and tours, were also critical to the success of the blues.

The Chitlin’ Circuit story is really their story.

The Only Game In Town

And if you were a black performer in the 30’s, 40’s and 50’s you were severely limited in where you could play, or how you could make money. Jim Crow and racism were at their 20th century worst and this severely limited the “distribution” of the music. That, plus the fact that the recording business was rigged in favor of the record company owners, meant that in order to make a living, black musicians had to hit the road and do shows to survive. That was just the way it was.

This included not only blues musicians, but big bands, pop stars, and popular comedians too. Everyone from Count Basie, to Billie Holiday, to Marvin Gaye, and Red Foxx… had trouble finding enough places to work. 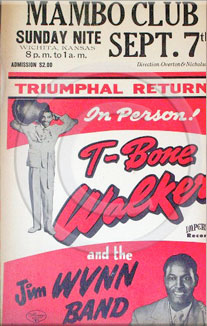 Thankfully there was a network of venues that went by the name of the Chitlin’ Circuit where black performers were welcome. They got to play to the black audiences that craved the music and needed something to do on Saturday night. And without these concert halls, clubs, juke joints, and theaters, many black performers might not have survived, let alone been able to make a living.

The name Chitlin’ Circuit came from the soul food known as chitlins’ (chitterlings)… actually stewed pig intestines. This was standard fare in many a southern diet. The name also is a take on the “Borscht Belt,” a series of venues in New York’s Catskill Mountains where popular Jewish performers worked during the 1940s, 50s and 60s.

And this Circuit evolved over time. It was started by black entrepreneurs throughout the country but particularly in the south. As people wanted to hear the music, these promoters figured out ways to get it to them.

The Chitlin’ Circuit actually covered a lot of ground. It stretched from Florida to New York to Chicago to Texas and back to Florida. Really much of the Northeast, Midwest and Southern United States. Here’s just some of the venues…

And these were just the upscale theater and auditorium venues. There were hundreds of other smaller clubs, juke joints, and halls that were part of the circuit and where many of the lesser known acts would also play.

This included the Bronze Peacock in Houston, The Dew Drop Inn in New Orleans, and The Crystal Palace Ballroom in Tulsa, and The Hi Hat in Hattiesburg, Mississippi. Of course there were hundreds more throughout the country.

So in reality, there were several tiers to the Circuit. An artist wanted to work his way up from the smaller tiers to the upper tiers with the increased money and prestige they offered. Some rooms held no more than 100-200, while bigger rooms could hold as much as 2500-3500 souls. 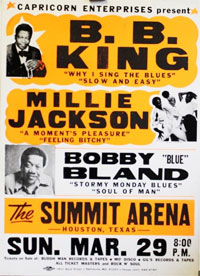 Back in the 1930’s, every major town or city with a black population had a section of town where blacks partied and sometimes lived. In major cities it might include rooming houses, apartments, bars, gambling halls, night clubs, pawn shops, cat houses and liquor stores. Sometimes this section was called “Bronzeville” or “Darktown,” but I prefer the name given by bandleader and black newspaper owner Walter Barnes… “The Stroll.”

And there was usually a popular music venue or two in each Stroll location.

But every town had something.

It was here that black entrepreneurs ran there games and made money off of people’s need to party and cut loose on the weekend. Most of the activity was illegal. But some of it was legitimate entertainment with local and national acts coming through town to entertain the people.

These “businessmen” were sometimes ruthless but many were brilliant and knew how to promote their enterprises, and at recognizing opportunity when they saw it. Many of these men and woman saw the opportunity that providing entertainment offered. They opened clubs and “amusement” halls that provided what the people were looking for – gambling, sex, alcohol, and entertainment – including the latest and greatest entertainers from around the country.

Each region had a promoter/entrepreneur/agent. In Indianapolis it was Denver Ferguson. In Houston it was the team of Don Robey and Evelyn Johnson. In Memphis it was Sunbeam Mitchell. And there were many others like them, in cities like Macon, New Orleans, Wichita, Hattiesburg, Tampa,   and every other major “stroll” in the southeast. And each of these promoters had a network of clubs and concert halls, within a hundred miles or so, where they would send their bands and entertainers to play. 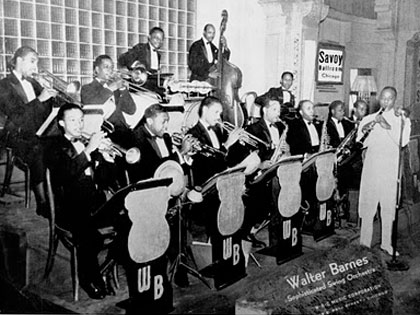 As popular taste changed, so did the bands. In the 30’s it meant the jazz and swing dance bands like Jimmie Lunceford, Chick Webb, Walter Barnes, and Count Basie. In the 40’s it meant the R & B stars like Louis Jordan, Joe Liggins, Big Joe Turner, and T-Bone Walker. In the 50’s it meant the blues and rock and roll stars of the day including Little Richard, B.B. King, Chuck Berry, Muddy Waters and James Brown and The Flames. Whatever was popular enough to draw a crowd at the time.

Plus, there was always the local and regional acts that were on there way up… or down… but still could draw a crowd that wanted to dance. They played this circuit too.

The economics of the times indicated how large the act would be, and as time went on the acts got smaller. When World War II ended,  money dried up and that changed things. Big Bands could no longer survive. The smaller bands, like Louis Jordon and Wynonie Harris, would fit the new economy. Remember this was long before big record sales of the 60’s and beyond, changed the business completely. These comparatively smaller venues were the only games in town.

Plus, the singer was becoming the star. With Big Bands the instrumentalists were featured. But after Louis Jordan, the singer and the song took over people’s attention.

The End Of The Chitlin’ Circuit? 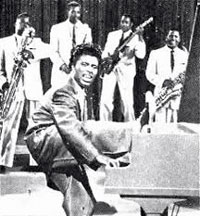 The new economy sounded the beginning of the end of the early version of the Chitlin’ Circuit. White Baby Boomers, began to take control and drove the music business.

Actually, The Chitlin’ Circuit never died. It continues to this day. Performers like Bobby Rush, and many of the second tier blues acts continue to work on this circuit.

But with the explosion of record buying in the last 50’s and early 60’s, there was far more money to be made selling records. Touring became the way to promote record sales as opposed to the other way around. In the 60’s and 70’s, the goal of every band was to “get a recording contract.” And there was enough money that even 2nd tier acts got a piece of the pie, thanks to the Baby Boomers.

Many of the smaller clubs in the Chitlin’ Circuit could no longer afford the bigger recording acts. Some survived by working with local bands and promoters, but for the most part the heyday was over. Bigger venues and more money from records, meant the role played by The Circuit was no longer required. Much of it just dried up.

Today, with music downloads eliminating many record companies and record distributors, fewer and fewer acts “get signed”. Most bands are forced to record on their own and hit the road to make money. What comes around, comes around.

So doing shows, has again become the best way to make money for a band. That and selling CD’s and merchandise (merch) at your shows.The goal is to get into the big Blues Festivals, but before that you need to have a following.

The blues band of today has to become their own producer, recording engineer, and promoter. They have to have a website, Facebook “friends”, and self-produced CD’s and merch to make money. This means a whole new skill set for most bands. Here’s a page where I talk about how to promote your band in today’s world.

So, The Chitlin’ Circuit has changed. Now there are clubs like Skipper’s Smokehouse and Bradfordville Blues Club, where today’s blues acts play. It’s still a tough way to, but at least they are still getting in front of the people and making a living.

Chitlin’ Circuit and The Road To Rock and Roll.

Yes things changed in the 50’s. But you could argue that The Chitlin’ Circuit helped bring about that change.

As whites rockers like Elvis Presley, Eddie Cochran, Jerry Lee Lewis, Bill Haley and The Comets, and Buddy Holly got the white, record-buying public’s attention, you could argue that the roots of this change came from the black performers who worked the Chitlin’ Circuit before them. People like Chuck Berry and Little Richard, not to mention the people who inspired them like Louis Jordan and T-Bone Walker and Roy Brown, influenced white audiences at the shows. People like Elvis Presley, and Carl Perkins, were exposed to the black “rockin” music and liked what they heard and began to try and play it themselves. They may never have heard it without the Circuits wide influence.

This is the subject of a great book I just read called “The Chitlin’ Circuit and The Road To Rock and Roll.” It shows how the early “Strolls” and their black entrepreneurs really laid the groundwork for the infrastructure that would bring, first swing, then blues, then rock and roll, to the masses in all parts of the country.

I highly recommend this book if you want to learn how important those promoters, both black and white, were to popular music. They had a big influence, particularly during the 30’s, 40’s, and 50’s, when the music we love was being created and “distributed” via live venues.

Here’s a video where the author, Preston Lauterbach, tells about the creation of the book and shares some amazing stories told to him from the sons and daughters of the men and woman who made the Chitlin’ Circuit happen.