Tension and Resolution: The Essence of All Music… But Especially the Blues

Did you ever stop to think what makes music move us.

In other words, what is the psychology at play in music?

As a musician for over 40 years, and having listened to a lot of music, particularly the blues, I have an opinion.

It’s all about Tension and Resolution!

Now this is nothing earth shattering or new. Anyone familiar with music theory would understand what I’m saying but they may not think of it in the same terms. I’ve played with many musicians over my 40 years and when I explain this theory they all go.. “ah hah. I never thought of it that way before.”

And really, you don’t need to know the theory to do it. Many great musicians do this instinctively and if you’ve listened closely to a lot of music you’ll pick up the concept quickly. But still many do not “get it.”

And to be honest, music educators have talked about tension and resolution for centuries. But they don’t seem to talk about it to the degree I do here. They are mostly talking about harmonic tension. There’s other ways to create tension in music as well.

And the beauty of adding Tension and Resolution to your music is it doesn’t take any more technical skill than you have now. It’s all in your head already. There’s nothing you need to add to your fingers. It’s just a  matter of being aware of it and working it out with your band.

Anyway, here’s what I mean…

For example, if you listen to someone giving a speech, they use certain techniques to get and keep the listeners attention. Certainly the content (the words) matter too, but there’s something else going on between the lines.

If they are good speaker, they use pauses, phrasing, volume changes, and tone of voice to keep the communication interesting. This is separate from the actual content of what they are saying. It’s the “how” as opposed to the “what” of the communication.

A singer does the same thing. They use volume and pauses and phrasing to hold our attention. They also have one other thing to work with…

A singer uses the tonality of the song within the key to create tension and resolution.

Think about it. Music is made of notes. Those notes are based around a harmonic center called the key. Within that key the notes move from the tonic, or starting note, to notes that create various degrees of tension until the melody moves back to the tonic tonal center again creating resolution.

Now most songs also include chords which are just various combinations of notes within the key. Chords do much the same thing and add richness to the song. They move away from the tonic to create tension and then move back to the tonic to create resolution. Certain chords and types of chords create more tension than others. A 7th chord, for example creates a lot of tension. Most blues use a lot of 7th chords.

So that’s really the essence of all music.

Rhythm works the same way. Once a rhythm (or groove) has been established in the listeners mind (and body), variations on that rhythm also affect their attention and emotions. For example, if a song stops abruptly, it creates tension in the listeners mind, until the rhythm starts again.

If the rhythm speeds up it creates a heightened sense of excitement (tension). And if it slows down it implies a calming or mellowing feeling (resolution).

What… you didn’t know silence was part of music. It actually may be the most important part. It’s like the canvas behind a beautiful painting.

And it’s funny… silence creates both tension and resolution.

Think about it. During a particularly loud or frenetic part of a song, the listener is feeling a lot of tension. After a while this tension gets old and they (subconsciously or consciously) need the tension to stop. A break, or a stop, in the song provides this resolution.

But only for awhile… if 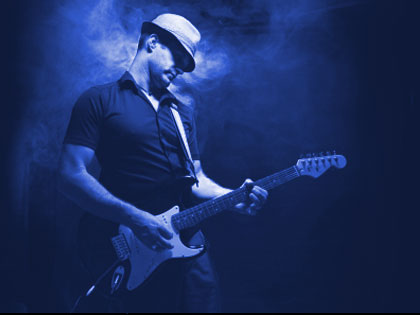 the silence goes on too long it begins to create tension again, particularly if the song’s rhythmic groove had connected with the listener. Now the listener wants the song and the rhythm to start again. They crave that tension.

In a sense, now that tension becomes resolution. Cool huh? That’s the power of silence!

Whoops one other thing… volume.

Volume also creates tension and resolution. The same note or chord played progressively louder creates tension. The volume going down creates resolution… and of course there’s always silence to add to the mix.

In the bands I’ve played in we call it dynamics.

A good song changes volume constantly as the song progresses. Volume goes up for choruses and down for verses, and leads should move from soft to loud and maybe back down again. I often think of this as the song “going through it’s gears” much like a car would. A good arrangement would have at least 4 gears and the song would dynamically move up and down through the different parts of a song… creating tension and resolution along the way.

Here’s how I view the gears of a song…

In essence, the more gears the band can create in a song, the more powerful it will be. That’s the sign of a great band.

Putting It All Together

So this interplay between tension and resolution is communicated through the harmonic and rhythmic structure of a song plus the volume, or dynamics.

So sum up, the musical elements that create tension and resolution are…

If you listen to a composer like Beethoven you can quickly see all of these elements at work.

But even the simplest blues song does the same thing. In fact, with the blues being so simple, it’s that much more evident what is happening. You could say that the blues demonstrates this tension and resolution in the clearest, simplest terms.

Here’s what I mean.

With only 3 chords in most blues songs the harmonic tension is that much more obvious. The three chords are the tonic (1 chord), the subdominant (4 chord), and the dominant (5 chord).

Here’s another example. This is Joe Bonamassa. Watch the dynamics and tempo changes.

The blues has all the essential musical elements to create the greatest communication and emotion in a song. It uses the most important and obvious chords to create the harmonic component and it has very solid, infectious rhythms that connect physically with the listener.

Plus the fact that the blues scale uses those emotion-packed “blue notes” to further create tension. Those blue notes, the flatted third, and the flatted 5th, and flatted 7th, create a tension that didn’t exist in the European classical music of 18th and 19th centuries (although it was used in English and particularly Irish folk music). It wasn’t until the African population started spreading their harmonic sense that these more subtle tonalities became part of our American musical vocabulary. And now The Blues is fully embraced by the white population and arguably they are the biggest supporter of the blues now.

It all adds up to The Blues being a great platform to express the essential interplay between tension and resolution in all music. And in the hands of a master who fully knows how to communicate through music, The Blues can be a powerful experience.