Without Chess Records there might not be any Chicago Blues as we know it.

Well maybe that’s a bit of an exaggeration. Maybe it would have grown on its own. But certainly Leonard and Phil Chess, the original blues brothers, were a big part of it’s growth and fame.

And certainly Muddy Waters may not have been as big as he was. And the great Chicago Blues sound, with that special band format with the electrified blues harp out front (started with Little Walter), may never have caught on and become as we know it today. 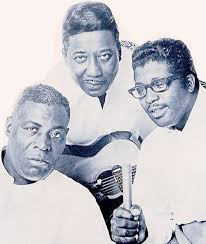 Leonard Chess, and his brother Phil, were Jewish immigrants from Poland who settled in Chicago to try and make a new life for their families. Leonard and Phil joined their father’s business of liquor stores. They eventually opened a series of jazz clubs for blacks, culminating in the Macomba Lounge, where Muddy Waters and other blues greats would play.

Through his clubs Leonard met the owner of Aristocrat Records and bought an interest in the label. He eventually bought the label in 1950 and changed the name to Chess Records.

He used his new label to record the great blues bands of Chicago at the time including Howlin Wolf, Willie Dixon, Bo Diddley, and eventually Chuck Berry. Chess Records was a big part of the rock and roll explosion of the 50’s.

The Great Blues Artists and Music

But all of the great hits by Muddy Waters like Hoochie Coochie Man, I Just Wanna Make Love To You, and I’m Ready along with many more.

Sonny Boy Williamson released Help Me, Checking Up On My Baby, and One Way Out and many, many more through Chess.

And Etta James, one of the biggest hitmakers for Chess, recorded Roll With Me, Henry, At Last, Tell Mama, Something’s Got a Hold on Me, and I’d Rather Go Blind, for which she wrote the lyrics. Leonard Chess himself tirelessly promoted Etta and at the same time tried to keep her healthy and off drugs, as she struggled through her recording career and life.

And of course there were all the great musicians on the records including Willie Dixon, Jimmy Rogers, Otis Spann, Fred Below, Robert Lockwood, Jr., Luther Tucker, Lafayette Leake, Hubert Sumlin, James Cotton, Little Walter, and many, many more.

All these great artists and hits would either be recorded at Chess, or released through Chess Records (or it’s subsidiary Checker Records). And although they never were big hits from a financial point of view, the musical legacy left by the music and the Chess label will live on for many generations.

Here’s a great series of videos that was released by the BBC that has Leonard’s son Marshall Chess telling the story of Chess Records. Unfortunately I can’t find a place where you can buy the video. If I do I will let you know.

So for now, let’s enjoy a great slice of blues history.